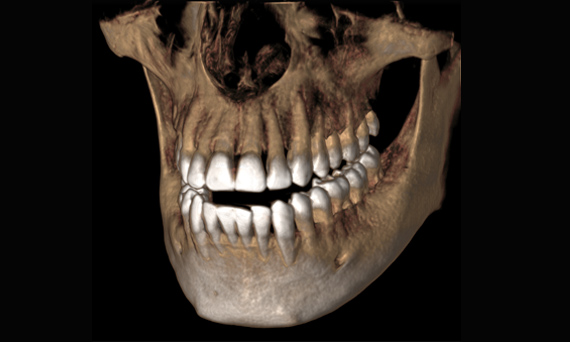 What is a “cone beam image”? Simply put, it is a state-of-the-art, three-dimensional image of the teeth, facial bones, sinuses and neck area. It is a type of CT (Computerized Tomography) scan that is similar to the kind that hospitals use; however, there are some differences with the cone beam CT scan done in a dental office and a CT scan done in a hospital. The most significant difference is the shape of the beam. CT scans performed in hospitals are produced using a beam that resembles a fan or linear plane, sometimes called a “fan beam”. The cone beam, like the one in our dental office, uses a beam that forms a three-dimensional “cone” shape. The cone beam is designed primarily for acquiring images of hard tissues, whereas the CT fan beam is designed for looking at soft tissues.

The amount of radiation used in a cone beam scan is significantly less than that of a fan beam image. This is because the hospital CAT scan requires more radiation to get the resolution needed to accurately look at soft tissues. The cone beam scan uses slightly more radiation than a traditional two-dimensional panoramic X-ray that dentists have been using for decades. The images that a cone beam produces take the place of many other radiographic images that the two-dimensional panoramic image cannot produce. Overall, the amount of radiation that a patient is exposed to with a cone beam machine will be significantly less than other radiograph technology.

Being able to look at the hard tissues inside the mouth, face and neck with a three-dimensional image is revolutionary from both a diagnostic and a surgical point of view. With this information, it is possible for our dentist to see dental root fractures, extra root canals, nerves in the bone, sinuses, depressions, pathology and anatomy in a way that we have never been able to do.

This means that toothaches that were one nondiagnosable with traditional two-dimensional X-rays are now possible to evaluate and treat. There is nothing more frustrating to a patient than to see a dentist for a toothache and not find anything wrong on the X-ray. Now, Dr. Grant Brough can see every part of every tooth and diagnose dental problems like never before.

We can also use cone beam technology to diagnose cancer and pathology in a revolutionary way. This means that malignant oral cancer can be located much sooner, which will enable our doctor to provide early treatment and increase your chances of a successful recovery. 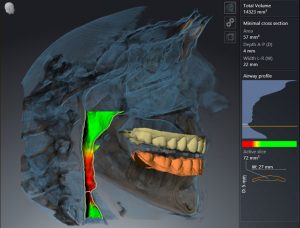 For patients who wake up frequently during the night because of sleep apnea, our cone beam imaging machine has the ability to map out your airway. This allows us to see the anatomical structures of your airways passages and any constrictions that could be causing your sleep apnea.

Lastly, cone beam technology enables us to plan and place dental implants with much greater accuracy than ever before. The cone beam scan can project any barriers to implant placement, such as nerves, sinuses and boney depressions in the jaw. We can then use this information to know which size of implant is best and where we can safely place it within your jaw bone. When we couple this technology with CEREC CAD-CAM technology, we can virtually design the crown that will go over the implant before the implant surgery is ever done. This means that the implant will be placed in a position that optimizes the function of the crown, ultimately resulting in a safe and predictable implant procedure. 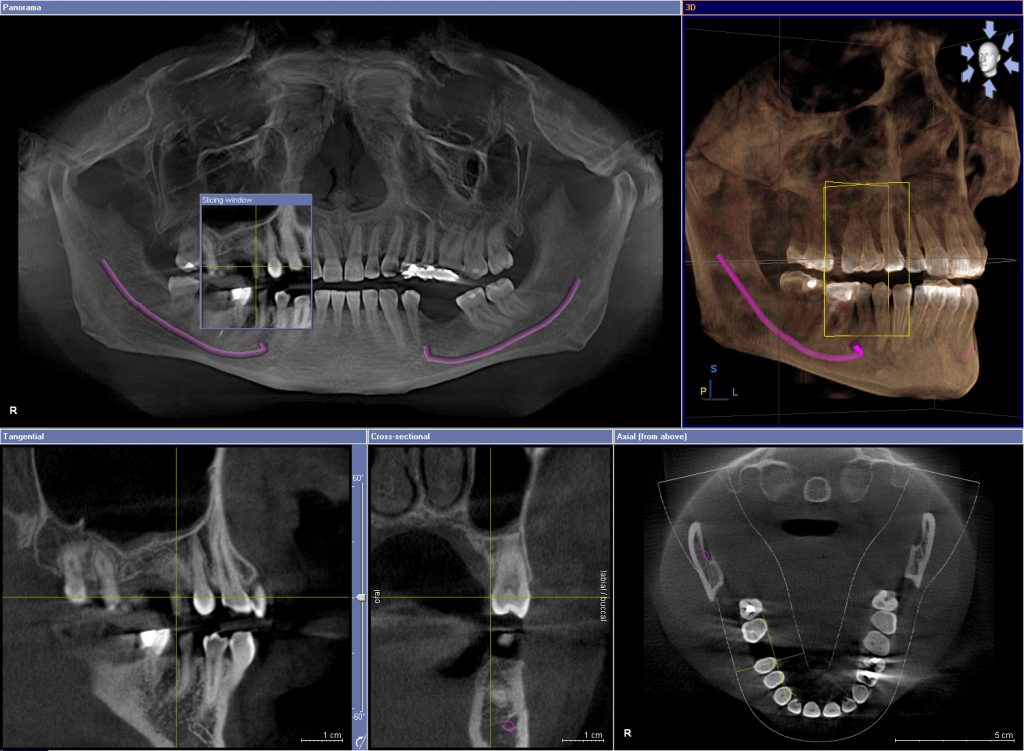 If you would like to learn more about how we use cone beam imaging in Layton, Utah, and its benefits, we invite you to contact Ridge Park Dental at 801-773-5285 today.